2018 has been quite an exciting year for Sandra Lynn. Her current single, “Somebody Kissed Me At A Bar,” has been getting rave reviews, and her new EP Fight is also garnering a major amount of buzz. “We released the EP back in January,” the singer tells Music Update Central, “and have been really excited about all the positive feedback that we’ve gotten from people.” 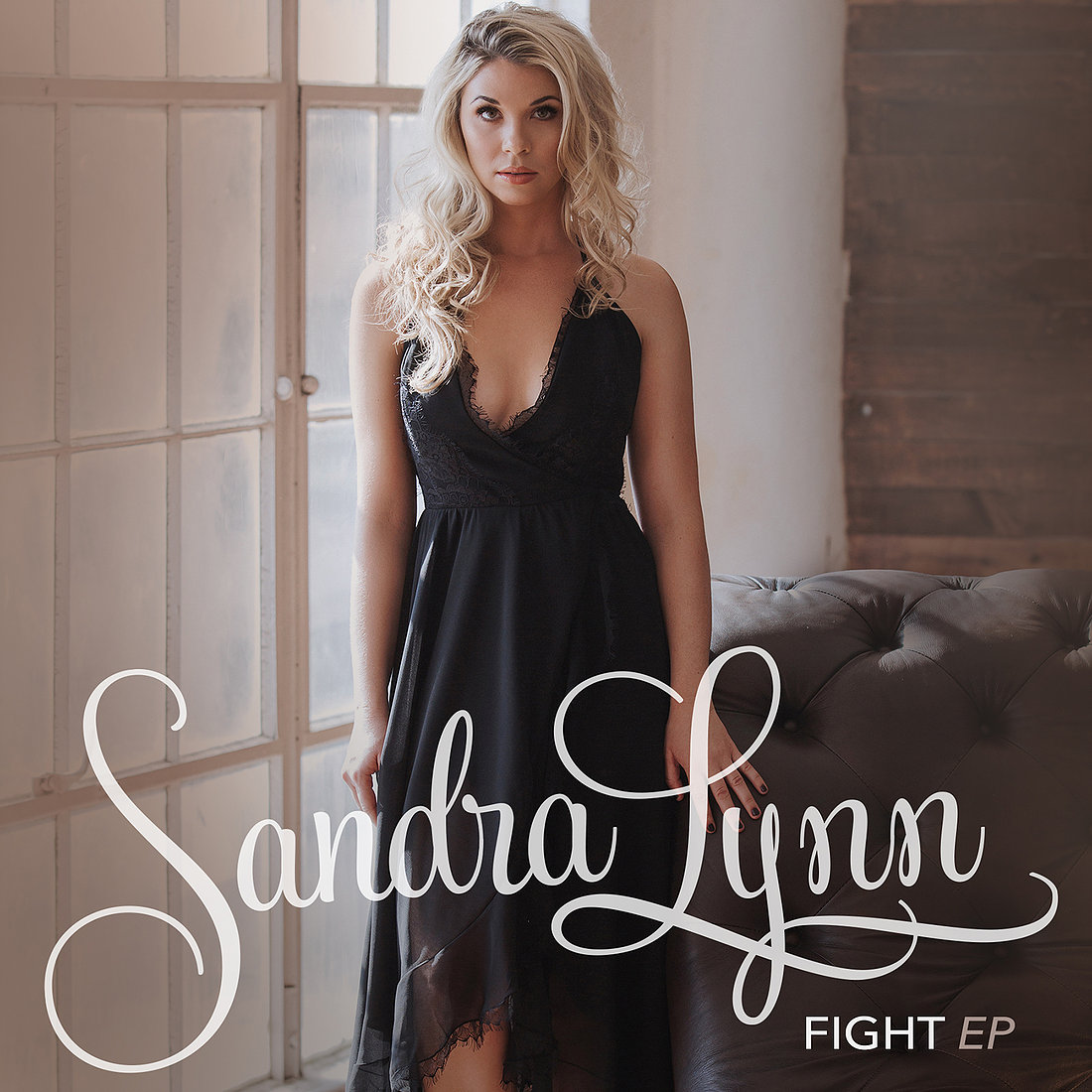 Sandra – who recently appeared in a video segment on Music  Update Central hails from a rural part of California. That’s right, the ‘Land of Milk and Honey’ is not all beaches and eight lanes of interstate gridlock. Travel just to the north of Los Angeles, and things look a lot different. “That’s one of the things I love about California. I grew up around a bunch of cows and dairy fields. I was in a neighborhood full of horses. There was just this beautiful simplicity about that way of life. I think that a lot of that is obviously what you get in Country Music – the simplicity, the honesty, the things you can really talk about in songs that really define moments in your life.”

For Sandra Lynn, one of those moments was hearing “Strawberry Wine,” the 1996 blockbuster hit from Deana Carter, on the radio for the first time. “I remember exactly where I was at – a stop light in Chino with my mom,” she recalls vividly to this day. “Even as a child, something about that song pulled me in. It was one of those songs which lyrically defined a moment in my life. That was the first moment that I knew that I wanted to sing Country Music.”

Fast forward to a recent writing appointment in Nashville, which brought her face to face with....you guessed it, Carter. “I actually got a chance to write with her. I did cheese out just a little bit. I told her that I had been a huge fan of hers, and that she had changed my life. It was such a cool moment because artists like her and those that I’ve been able to open up for is such a great moment, and getting to be in the same room with them is very much like a master class – to learn from the greats. She was so down to earth.”

While her growing up years were rural, her college experience was definitely of a different breed. If you surmise that it must be hard trying to keep your concentration while attending classes at Pepperdine directly across the street from the Pacific Ocean, you would surmise right! “I can’t complain that I got to go to school overlooking the water,” she says with a smile. “That was pretty cool. I was always a good student in school, but it was always pretty awesome when classes would be cancelled or shorter – OK, it’s beach day. Let’s do it.”

Though concentration on school days might have been tough, Sandra admits that having the ocean to draw from creatively was a plus. “It is tough to stay within four walls that have no windows, but being outside a lot is where I really started to do a lot of my own writing. I would find inspiration on the beach, and just try to find moments for myself. I think that’s really important for all human beings, but especially those who create.”

Though she didn’t write the EP’s title cut, she says that all she had to do was to hear the tune, co-written by Rachel Proctor, and she knew it was right for her. “The first time I heard ‘Fight,’ I thought ‘This is it.’  I really wanted to speak to women that have lived a little bit of life. It’s those vulnerable moments that us ladies love to talk about behind closed doors. I think that ‘Fight’ really touches on that. We go through ups and downs in relationships, and sometimes, everything isn’t perfect. That song really touches on that vulnerabilities. I was very honored to sing it.”

Sandra has a full slate of dates at shows and festivals throughout 2018. Over the years, she has shared the bill with such names as Cole Swindell – and a couple of Kenny’s! “I love going out on the road and connecting with the fans, but at the same time, when I get sit on the side of the stage and watch these artists that I’ve looked up to – like a Kenny Rogers or  a Kenny Chesney – doing their thing, I get to learn so much and I get to pull bits and pieces from it. So, I love going out there, and adding that to my own show,” she says, adding that opening for Rogers was a “Pinch Me” moment. “I still have a cassette tape from one of his Christmas albums,” she says of one of her childhood memories. “He is such a class act. He was truly an entertainer, and so fun to watch.”

One song that she will definitely be performing while on stage this year is “From The Outside,” which she had a hand in writing. “I wrote it with Jake Scott, a friend of mine out in LA. We were talking about how much social media is such a big factor in our lives today. We put out there what we want people to see. I really wanted this EP to tell a story of a couple through a relationship. It really focuses on the need to be present in a relationship, and not looking to another one that might be better, because the grass isn’t always greener on the other side. You don’t really know what is happening behind closed doors. That’s what the song talks about. We felt it was an important subject to write something about.”